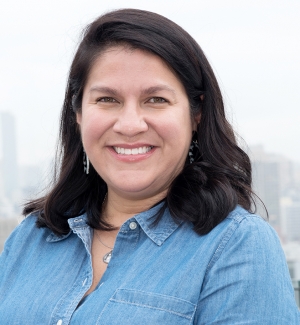 We are pleased to announce that Kira Romero-Craft, formerly LatinoJustice PRLDEF’s Managing Attorney for the southeast regional office is now the Director of the Southeast Region, leading critical work in a number of areas, including ensuring voting rights for Spanish-language dominant voters in Florida and Georgia, advocating for the re-enfranchisement of over one million voters, combating discrimination against Puerto Ricans, protecting the rights of immigrants and promoting the rights of Latinos in housing and education. Kira was part of the team that filed a legal challenge against FEMA on behalf of Puerto Rican evacuees to extend temporary housing assistance across the country post-Hurricane Maria.

Before joining LatinoJustice in March 2017, Kira served as the Director of the Children’s Legal Program at Americans for Immigrant Justice, where she oversaw the expansion of the legal team representing immigrant children in removal proceedings before immigration and family court proceedings. Prior to joining Americans for Immigrant Justice, Romero-Craft was an Equal Justice Works fellow for the Legal Aid Society of the OCBA, where she represented and filed litigation on behalf of immigrant children in juvenile and immigration courts. Additionally, Kira volunteers as the co-chair of the advocacy committee for the American Immigration Lawyers Association, Central Florida Chapter. Kira is a graduate of Rollins College and received her law degree from the Florida State University College of Law.