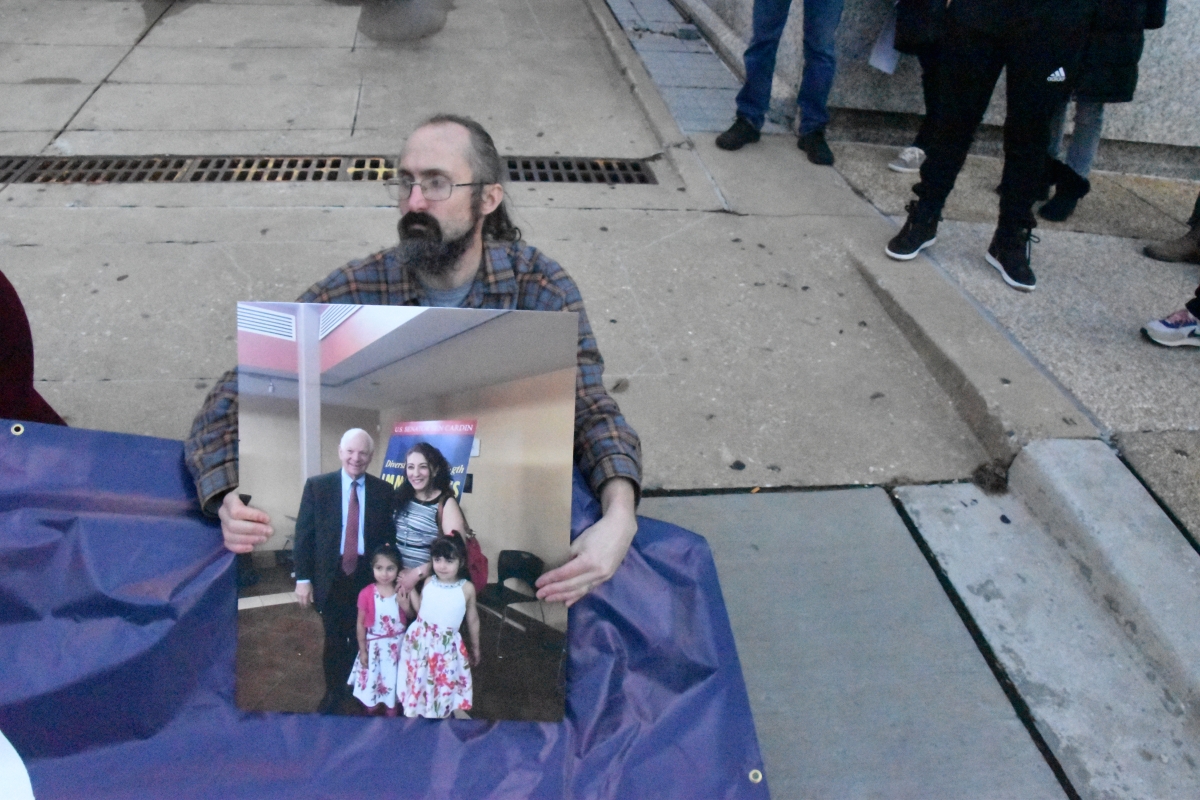 On January 8th, the Baltimore ICE field office took Roxana Orellana Santos into custody to prepare for deportation. Today’s action comes amid over a decade of litigation in which Santos
sought to hold the Frederick County Sheriff’s Department liable for racial profiling and illegally arresting her. During this period, Santos has regularly kept all of her regularly scheduled immigration check-in appointments.

The crisis for Santos and her family started in 2008 after Frederick County Sheriff Charles Jenkins was elected and entered into the 287g program, when two deputy sheriffs illegally profiled Santos while she sat outside of her work eating lunch — an arrest best described as “eating while brown”..  While Santos may not have thought of herself as a civil rights hero before then, she quickly filled those shoes. Her nine-plus years of highly contentious litigation included a precedent-setting decision by the Fourth U.S. Circuit Court of Appeals finding that the Frederick County Sheriff had illegally arrested and detained her in violation of her Fourth Amendment rights to be free by unreasonable seizure. This past September, a Maryland Federal Court granted Santos summary judgment finding Frederick County & the Sheriff liable for its illegal and unconstitutional 2008 arrest in Roxana Orellana Santos v. Frederick County Board & Frederick County Sheriff Charles Jenkins.

Since the day that Santos was illegally taken into custody by the Frederick County Sheriff’s Office, she has had regular check-ins with the U.S. Immigration & Customs Enforcement (ICE) office in Baltimore. Today, that check-in turned dire when she was taken into custody where she is at imminent risk of deportation.

The impact of deportation would be severe. Santos came to the United States from El Salvador more than a decade ago, fleeing extreme violence in her home and country. She has built a life here, with a beautiful family. She is a pillar of her community and a devoted mother to three United States citizen children, and one legal permanent resident teen son who also escaped violence in El Salvador. Despite the fact that Santos owns her own home and has deep ties to the United States, ICE is prepared to remove her permanently from her community and country.

It is difficult not to view today’s arrest of Santos as retaliation against an activist fighting racial profiling by a law enforcement agency rife with it. Frederick County Sheriff Chuck Jenkins, first elected in 2006, entered into a 287-g cooperation agreement with ICE with an explicit goal of driving immigrants out of Frederick County. An application for a U-visa was submitted to U.S. Citizenship & Immigration services in July 2018 and is still pending. Claims for relief are also pending before the Board of Immigration Appeals. Regardless, ICE moved today to take her into custody — six days prior to a scheduled mediation court hearing to determine damages and other remedies in her lawsuit against Sheriff Jenkins.

LatinoJustice PRLDEF Deputy General Counsel José Pérez stated, “We will be filing an emergency petition for habeas corpus in the U.S. Federal District Court in Maryland to bar Roxana’s removal from the jurisdiction and seeking her immediate release from DHS-ICE custody so she can return to her family.”

“This civil rights lawsuit brought by LatinoJustice and our co-counsel at Nixon Peabody on Roxana’s behalf to challenge her illegal arrest and detention by the Frederick County Sheriff’s for eating while brown is a case of national importance,” stated Juan Cartagena, President and General Counsel of LatinoJustice.  “The groundbreaking decision by the Fourth Circuit Court of Appeals in August 2013 holding that local police  — in this case the Frederick County Sheriff’s Office — cannot unilaterally arrest someone based solely upon a civil immigration warrant established a critical national precedent limiting the role of local policing agencies in immigration enforcement, which the courts have recognized time and time again is the responsibility of the federal authorities,” said Cartagena.

Within hours of her detention, four activists were cited in Baltimore during a symbolic attempt to block the route through which the van will leave the City to transport Santos to jail.

“As a father, I can only imagine the pain that Roxana’s family is living through,” said CASA leader Jesus Vicuña.  “Together with our almost 100,000 members, the CASA community will continue to fight until Roxana is returned to her children. Activists will continue to protest, petition, and pressure ICE to release Roxana back to a community that loves her.”

With almost 100,000 members across the states of Maryland, Virginia, and South Central PA, CASA organizes with and litigates on behalf of low-wage immigrants. www.WeAreCASA.org

LatinoJustice PRLDEF works to create a more just society by using and challenging the rule of law to secure transformative, equitable and accessible justice, by empowering our community and by fostering leadership through advocacy and education.