Now, a significant portion of the island and the diaspora are demanding the resignation of the current governor, Ricardo Rosselló. Leaks over online chatroom conversations between the governor and his cabinet revealing his misogynistic, homophobic and vile beliefs have received unanimous condemnation. That reaction is fueling, in part, the current government crisis because federal aid for hurricane relief – being stymied by the current occupant of the White House, our white-supremacist-in-chief – hangs in the balance of the omnipotent role that Congress continues to have over its colony. The leaked banter merits condemnation.

U.S. Government Must Prioritize Health of People in Vieques While Engaged in Cleanup Efforts of Military Toxins
- 10. July 2019

New York, NY– LatinoJustice PRLDEF submitted a public comment in May to the U.S. Navy detailing the ongoing health concerns of residents in Vieques affected by the Navy’s continued use of open-air burning and open detonation (OB/OD) as its preferred method of fulfilling its “clean-up” obligations to address over sixty years of military activities, including detonation of armaments on the island. Residents in Vieques continue to live with the long-term consequences of decades of weapons testing by the Navy, which have been exacerbated by their half-hearted clean-up tactics that ignore, and even aggravate, the health concerns of the people of Vieques. After much advocacy, the House of Representatives is scheduled to vote on an Amendment to the National Defense Authorization Act for 2020 that would authorize budgeting $10 million for closed detonation chambers to be used in the clean-up efforts in Vieques. If passed, this would signal an initial step towards a more responsible clean-up approach.

Tags
Puerto Rico
International
Lawsuit Filed Calling for Department of Treasury to Release Documents Concerning Members of the Federal Fiscal Control Board in Puerto Rico
- 17. May 2019

LatinoJustice PRLDEF, The Centro de Periodismo Investigativo, and the Center for Constitutional Rights filed a lawsuit against the U.S. Department of Treasury under the Freedom of Information Act (“FOIA”) to demand information concerning the appointments, vetting and conflicts of interest concerning members of the federal fiscal control board in Puerto Rico. The lawsuit comes as a result of the Department of Treasury refusing to respond to the FOIA request for nearly two and a half years.  The board was created by federal statute known as PROMESA (Puerto Rico Oversight, Management and Economic Stability Act) in 2016. 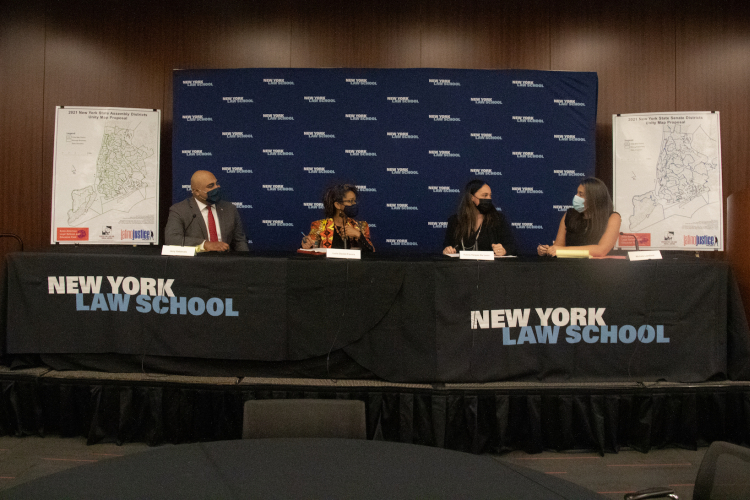 Court Orders Expansion of Spanish Language Access in Florida for Upcoming Elections
- 10. May 2019

Tallahassee, FL – Today, Judge Mark Walker, the Chief U.S. District Judge in Northern Florida, issued a court order granting a preliminary injunction requiring Florida’s Secretary of State and the Supervisors of Elections of 32 Florida counties to take further steps to comply with section 4(e) of the Voting Rights Act. The order requires the Secretary of State to ensure that those 32 counties provide official ballots in both Spanish and English, Spanish language election assistance, and Spanish translations of other voting materials for elections beginning with the 2020 presidential primary election.

Over 10,000 Puerto Ricans who lost their jobs after Hurricanes Maria and Irma may benefit from newly extended federal aid. Only 307 people have applied.
Read the full article here.

More than a year later, though, that aid remains caught in legal red tape. And Rivera still scrambles to place buckets in strategic spots to catch the water that leaks through the blue tarp holding together what’s left of her roof.

Yesterday, Puerto Rico announced an unprecedented 52 weeks of federally-funded Disaster Unemployment Assistance (DUA) for workers and self-employed individuals who lost their jobs due to Hurricanes Maria and Irma. This extension was authorized by a federal law and doubled the 26 weeks of benefits previously available for workers in Puerto Rico and the Virgin Islands who were left jobless after the devastation caused by the hurricanes. The National Employment Law Project (NELP) estimates that over 10,000 Puerto Ricans could qualify for lump-sum payments potentially totaling nearly $30 million. The individual payments will typically range from around $2,000 to $3,000 for those who receive the maximum weeks of additional assistance dating back to September 2017.

Recently the Puerto Rican Department of Labor announced the expansion of Disaster Unemployment Assistance and we partnered with National Employment Law Project (NELP) and Ayuda Legal Huracan Maria to help share this information.