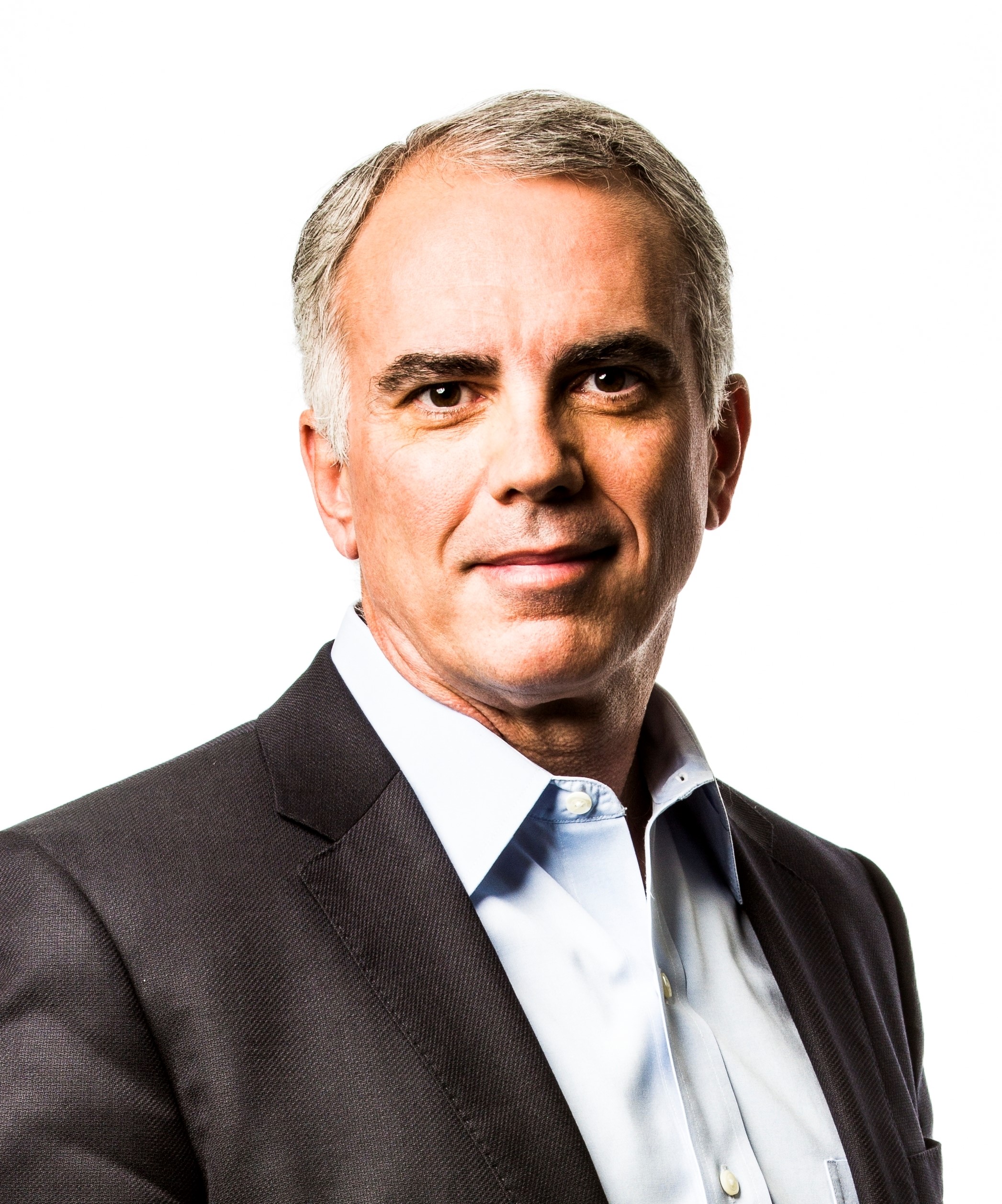 Horacio Gutierrez was named Senior Executive Vice President, General Counsel and Secretary of The Walt Disney Company in February 2022. Mr. Gutierrez serves as the chief legal officer of the Company, overseeing its team of attorneys responsible for all aspects of Disney’s legal affairs around the world, and acting as a strategic advisor to executive leadership and the Board of Directors.
Previously, Mr. Gutierrez was Head of Global Affairs and Chief Legal Officer for Spotify, leading a global, multi-disciplinary team of business, corporate communications and public affairs, government relations, licensing, operations, and legal professionals responsible for the company’s work in areas including industry relations, content partnerships, public policy, and trust & safety. He was previously Spotify’s General Counsel and Vice President, Business & Legal Affairs from 2016 to 2019.

Prior to joining Spotify, Mr. Gutierrez was Corporate Vice President and General Counsel for Microsoft, overseeing the company’s legal affairs around the world, including support of the complete lifecycle of Microsoft’s products and services, from research and development to business development activities, M&A, litigation, legal compliance, and cybercrime prevention. He initially joined Microsoft in 1998 as Corporate Attorney, LATAM, and held several positions of increasing responsibility throughout the legal department during his 17-year tenure with the company, including Associate General Counsel, EMEA from 2002 to 2006; Deputy General Counsel, Intellectual Property and Licensing Group from 2006 to 2014; and Deputy General Counsel, Products and Services Group from 2014 to 2015.

Mr. Gutierrez was recognized with the Hispanic National Bar Association’s Latino In-House Attorney of the Year award and was named FT North America’s Most Innovative General Counsel in 2018. Previously, Mr. Gutierrez received the Lawyer of the Americas award from the Inter-American Law Review and was named IAM Magazine’s IP Personality of the Year as well as Most Influential Global IP Market Maker. 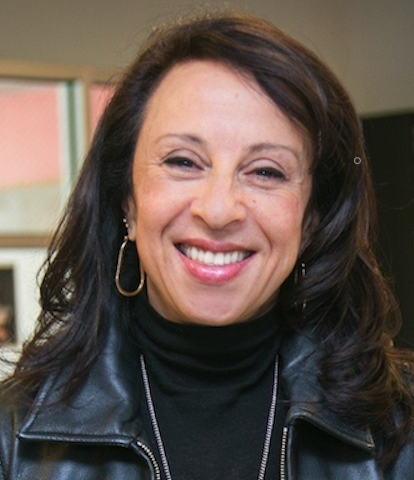 As a reporter who was the first Latina in many newsrooms, Maria Hinojosa dreamt of a space where she could create independent, multimedia journalism that explores and gives a critical voice to the diverse American experience. She made that dream a reality in 2010 when she created Futuro Media, an independent, nonprofit newsroom based in Harlem, NYC with the mission to create multimedia content from a POC perspective. Futuro does this in the service of empowering people to navigate the complexities of an increasingly diverse and connected world.

As the Anchor and Executive Producer of the Peabody Award-winning show Latino USA, distributed by PRX, as well as Co-Host of In The Thick, the Futuro Media’s award-winning political podcast, Hinojosa has informed millions about the changing cultural and political landscape in America and abroad. She is also a contributor to the long-running, award-winning news program CBS Sunday Morning and a frequent guest on MSNBC.

Hinojosa’s nearly 30-year career as an award-winning journalist includes reporting for PBS, CBS, WNBC, CNN, NPR, and anchoring the Emmy Award winning talk show from WGBH Maria Hinojosa: One-on-One. She is the author of two books and has won dozens of awards, including: four Emmys, the John Chancellor Award, the Studs Terkel Community Media Award, two Robert F. Kennedy Awards, the Edward R. Murrow Award from the Overseas Press Club, and the Ruben Salazar Lifetime Achievement Award from the NAHJ. She has been honored with her own day in October by New York City Mayor Bill De Blasio and has been recognized by People En Español as one of the 25 most powerful Latina women. Additionally, Hinojosa was the first Latina to anchor a PBS FRONTLINE report: “Lost in Detention” which aired in October 2011 and was the first to explore abuse at immigrant detention facilities, garnering attention from Capitol Hill as well as both the mainstream and Spanish-language media.

As a reporter for NPR, Hinojosa was among the first to report on youth violence in urban communities on a national scale. During her eight years as CNN’s urban affairs correspondent, Hinojosa often took viewers into communities rarely shown on television and continued that work longform on Now on PBS. At Futuro Media, Hinojosa continues to bring attention to experiences and points of view that are often overlooked or underreported in mainstream media, all while mentoring the next generation of diverse journalists to delve into authentic and nuanced stories. In 2018 she was a Fellow at Shorenstein Center at the Harvard Kennedy School and is a frequent speaker across the country. In 2019, she was named the inaugural Distinguished Journalist in Residence at her Alma Mater, Barnard College. She lives in New York City with her husband and two children. 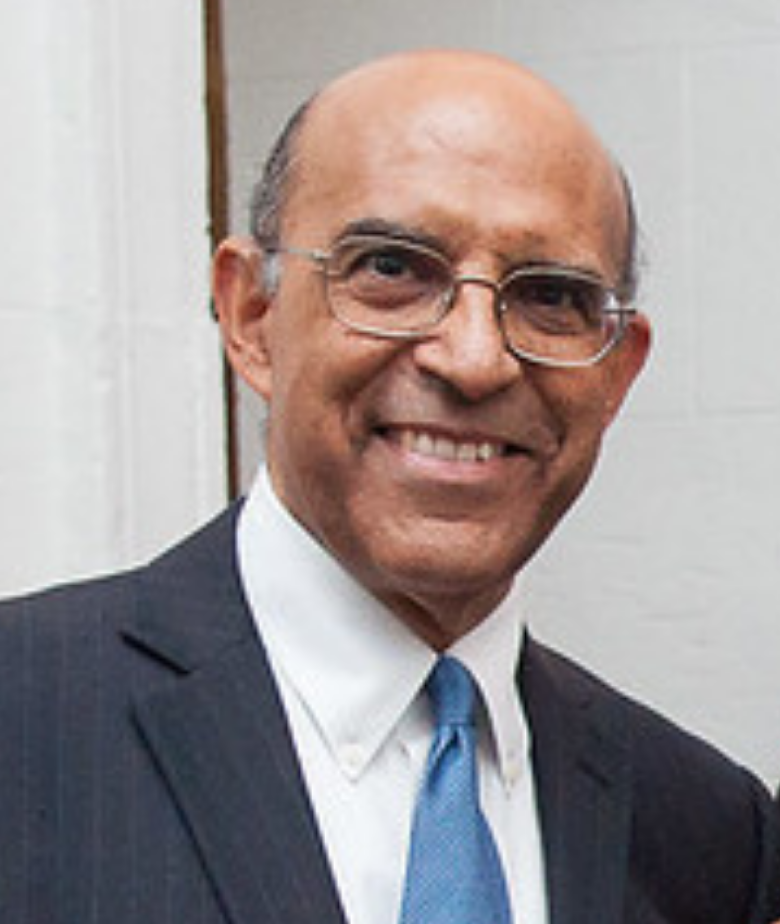 The Hon. Victor Marrero has devoted his life to public service at the federal, state and city levels. He was appointed as a U.S. District Judge for the Southern District of New York by President Bill Clinton in 1999.Before becoming a judge, Mr. Marrero started his career in the public sector asan Assistant to New York City Mayor John Lindsay. Lindsay later appointed him assistant Administrator of the Model Cities Administration, and after that as Executive Director of the Department of City Planning. In this period, he co-founded the Puerto Rican Legal Defense and Education Fund with Jorge Batista and Cesar Perales, and served as the organization’s first Board Chair. He continued working in government, as Special Counsel to New York City’s Comptroller, Counsel to Governor Hugh Carey, Chairman of the New York City Planning Commission, Commissioner of the New York State Division of Housing and Communi ty Renewal. He was also appointed by President Jimmy Carter to serve as Under Secretary in the federal Department of Housing and Urban Development. In the 1980s and early 1990s, Mr. Marrero practiced law in the private sector, asa partner in the firm of Tufo & Zuccotti, then in Brown & Wood, where he headed the firm’s work in real estate, land use and environmental law. President Bill Clinton appointed Mr. Marrero to represent the U.S. on the Economic and Social Council of the United Nations, and later to represent our country in the Organization of American States. Mr. Marrero has actively participated in numerous civic and professional organizations as Director or Trustee, including: New York Public Library, American Museum of Natural History, State University of New York, Cooper Union, WNET Channel 13, New York City Partnership, and in various positions for Association of the Bar of the City of New York Mr. Marrero graduated from New York University and from Yale Law School, where he was an editor of the Yale Law Journal. He is married to Veronica M. White. They have two children, Andrew and Robert. 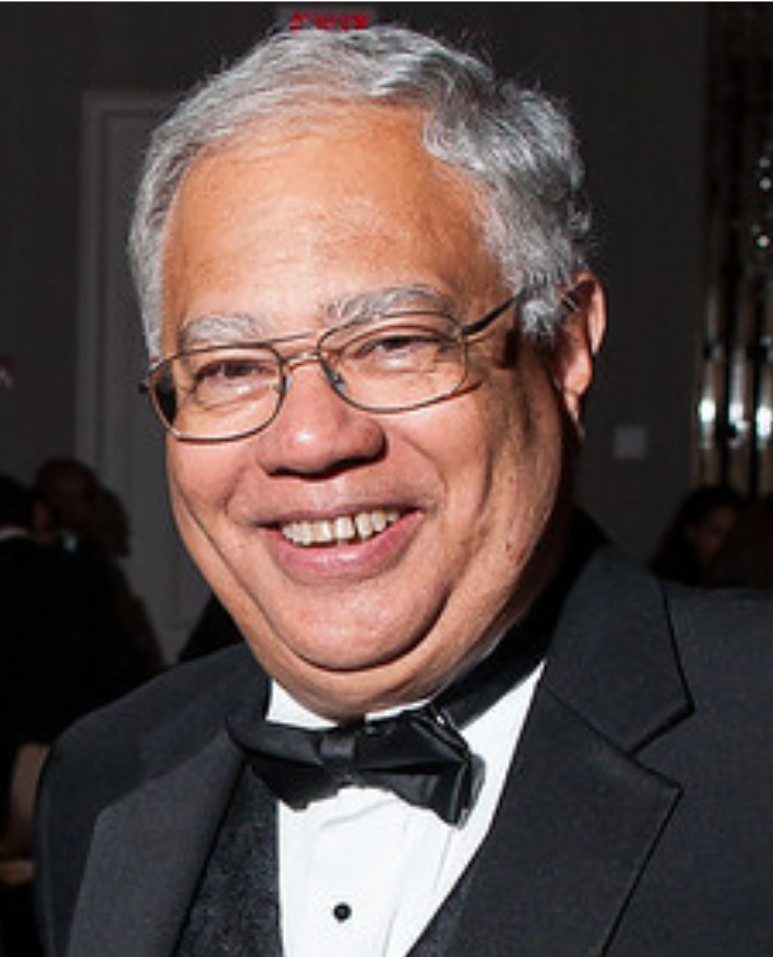 Cesar A. Perales has dedicated his life to service of the Latino community and allNew Yorkers. The son of a Puerto Rican father and a Dominican mother, he was bornand raised in New York City and graduated from the City College of New York and theFordham University School of Law.Soon after graduating law school, he joined the Mobilization for Youth Legal Unit, aproject that would become the model for the federally funded neighborhood legalservices program. At age 27, the Williamsburg, Brooklyn, community board selectedhim to start their neighborhood legal services office. As head of that office, healso represented activist community groups, students challenging their collegeadministration, and the Young Lords when they took control of a church in EastHarlem. In 1972, he co-founded the Puerto Rican Legal Defense and Education Fund,now known as LatinoJustice PRLDEF. Under his leadership at various points of theorganization’s existence, PRLDEF brought to court ground breaking litigation thatprotected the civil rights of Latinos and created opportunities for thousands of peoplein education, employment, and voting. Mr. Perales takes special pride in how theorganization has assisted so many in entering the legal field.Mr. Perales’ career in public service has ranged through many important city, stateand federal posts. In 1980, he was nominated by the President and to be U.S.Assistant Secretary for Health and Human Services. He has also served as the NewYork State Commissioner of Social Services and as Deputy Mayor of New York City.His final role in government service was as the New York’s Secretary of State from2011 until his retirement in 2016. He has served on the American Bar Association’sCommission on Hispanic Legal Rights; as Director of the Empire State DevelopmentCorporation; and as the Chairman of the 2018 New York City Charter RevisionCommission. He currently serves as the Vice Chairman of the Board of Trustees of theState University of New York. 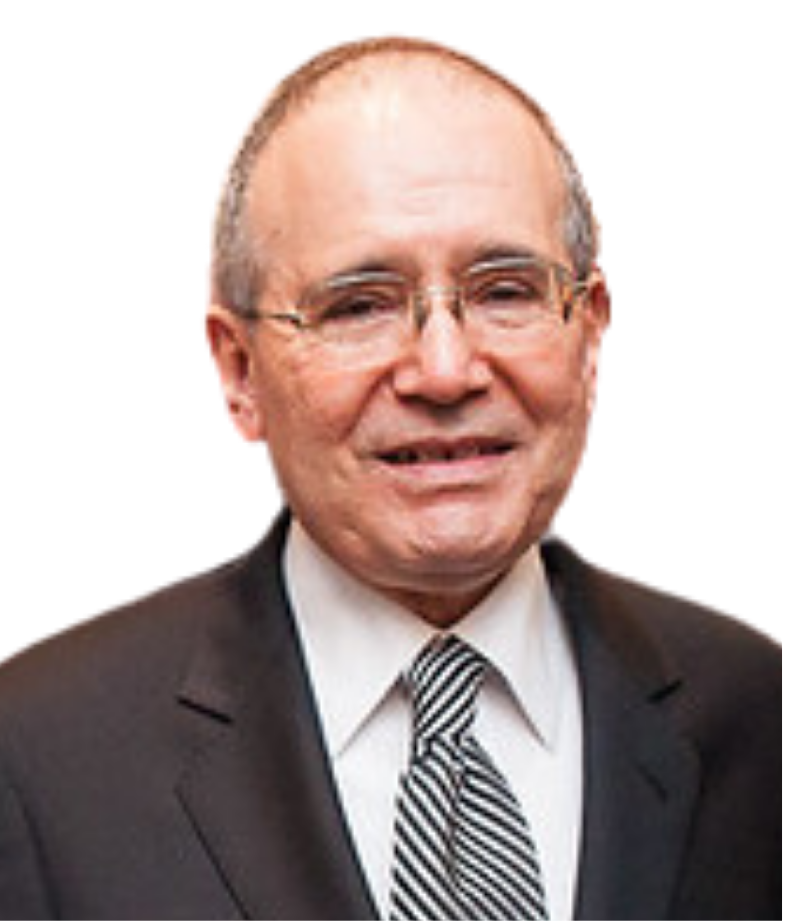 Jorge Batista leveraged his knowledge of constitutional law and a personal commitment to civil rights and the well-being of Puerto Ricans to co-found the Puerto Rican Legal Defense and Education Fund (PRLDEF) alongside Jorge Batista and Victor Marrero. Mr. Batista went on to serve as PRLDEF’s third President & General Counsel and, in the mid-1980s, as Chair of the Board of Directors. A graduate of Columbia University and with a J.D. from Yale Law School, Mr. Batista has devoted his energies to improving educational, health and housing opportunities for Latino and other residents of the Bronx, NY. As part of this mission, he served as General Counsel of the New York Model Cities Administration, South Bronx Neighborhood, President of the South Bronx Community Housing Corporation, President of the South Bronx Development Corporation, Deputy Borough President at the Office of the Bronx Borough President, Chairman of New York City Loft Board under the Koch Administration, Special Counsel to Catholic Charities and President of Misericordia Hospital in the Bronx. A visionary and accomplished lawyer, Mr. Batista’s also served in government as First Assistant Attorney General for the Office of the New York State Attorney General and in private practice as an attorney at Kelley Drye & Warren LLP. He has also been instrumental in supporting Boricua College and continues to serve as Legal Counsel for the school. He has served as a Member of the New York State Board of Regents and on the Knights of Malta. Mr. Batista’s family—his spouse Margarita and children Lisa and Ravi—have provided major inspiration for and partnership in his commitment to community and social justice.