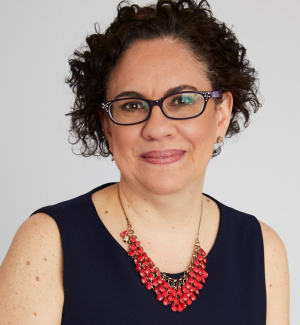 Ms. Rosado brings to this leadership role 25+ years of experience as a social justice champion, working to advance the very rights and opportunities that are at the core of LJP’s mission. A skilled litigator and appellate attorney, Ms. Rosado has successfully led and directed targeted advocacy efforts on a wide variety of civil rights issues, including challenging the rescission of DACA and the enactment of the Muslim travel ban; fighting dangerous conditions of confinement for youth in correctional and child welfare facilities; going after employers who expose employees to sexual harassment and a hostile work place; defeating efforts to prevent immigrant children from enrolling in public schools; holding school districts accountable for disciplinary practices that discriminate against students based on their race, ethnicity, or disability status; and dismantling barriers to quality health care as well as educational and employment opportunities faced by people of color.

Ms. Rosado comes to LJP most recently from the New York Civil Liberties Union, where she was the inaugural Program Director, overseeing the legal, policy, and field organizing departments, the interdisciplinary Educational Policy Center, and the NYCLU’s regional offices. At the NYCLU, and in her earlier role as Associate Director of the Philadelphia-based Juvenile Law Center, Ms. Rosado has honed her reputation as a strategic thinker who executes multi-prong advocacy efforts—including litigation, policy and legislative advocacy, strategic communications, coalition-building, and community education and engagement—to advance social justice. Ms. Rosado also has served as the Chief of the Civil Rights Bureau in the New York State Office of the Attorney General. In all of her leadership roles, Ms. Rosado has demonstrated a commitment to establishing a diverse and equitable work culture where professionals are supported and empowered to innovate and engender transformative change on behalf of the communities they serve.

Ms. Rosado is a graduate of Swarthmore College, holds a M.A. in Latin American Studies from Columbia University’s School of International and Public Affairs, a J.D. from New York University School of Law, and a LL.M. from Georgetown University Law Center. Ms. Rosado has received many honors, including being named the 2009 Citizen of the Year by the Philadelphia Inquirer for her role in successfully advocating that the Pennsylvania Supreme Court vacate the juvenile delinquency adjudications of thousands of youth who were victims of the infamous Kids for Cash scandal. She also has served on the boards of numerous non-profit organizations.